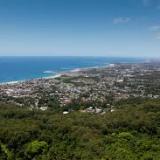 early_college 2711 replies155 threads Senior Member
February 2009 edited March 2009 in New York University
I am still in high school, but I'm looking to go to a early college called Bard College at Simon's Rock. You go there for two years and get an AA, and then transfer to another school. There has been kids who went to NYU from Bard College at Simon's Rock. I would like to transfer as a drama & print journalism major. Is it the same as you would for freshman? Would I have to audition for the acting and then once I get in go to the journalism? Also, I'm a film actor so would it be possible for me to do the Stonestreet Program? How hard would it be for me to do this? Also, I was also intrested in a certificate for television writing: Television Writing Certificate: Tisch School of the Arts at NYU

Is that open admission, and do you have to be in college to do it? Are certificates useless compared to an BA? Thanks!
February 2009 edited March 2009
11 replies
Post edited by early_college on March 2009
0 · Reply · Share

Replies to: How hard would it be to transfer into Tisch and The College of Arts and Science