Join us for a LIVE webinar Friday, April 3 at 3pm ET to hear from admission officers on how COVID-19 is impacting admissions at schools. REGISTER NOW and let us know what questions you have and want answered.
NYU is releasing decisions today (3/30). Share your outcome!
Tulane is rumored to release decisions tomorrow (3/31). Share your outcome!
As schools continue to announce their decisions, we put together the Class of 2024 RD Discussions Directory. Connect with fellow applicants NOW!

Northwestern and UChicago Visits in a Day? 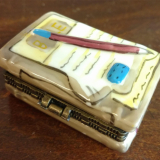 Is it possible to visit both Northwestern and UChicago in one day or is that crazy talk?

We'll have a car and the tentative schedule is: 9am at UChicago and NU at 1:30pm. (Thursday)

A quick Google map check says the drive between the two is about 45 min. (Plan an hour?)

Replies to: Northwestern and UChicago Visits in a Day?