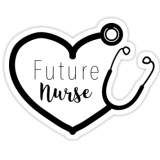 Aurora23 86 replies14 threads Junior Member
December 2019 in Nursing Major
Hi everyone!
I’m a current junior in high school and am looking into nursing schools! I live in Ohio so I’m mainly looking at schools in the state but I am interested in a few that are not. I just need some help on whether or not you guys think I could get into these schools and if you have any more recommendations for me! Also ideally I’m looking for a big school atmosphere (preferably with undergrad enrollment above 10,000)

Any insight would really help!! Thanks!