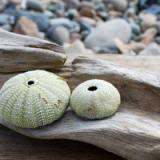 staceyneil 1193 replies41 threads Senior Member
March 2014 edited March 2014 in Parent Cafe
Here at home, D sleeps with a comforter with a removable cover. She always kicks off her top sheet the first night after the bed is made, and it stays on the floor, so she doesn't really use the top sheet at all.

Do any of your kids use just a bottom sheet and comforter at college? Does it work well? I'd assume that a comforter insert with a washable cover is preferable to a (cheaper!!!) all-in-one comforter. That sounds like it wouldn't get washed often = gross. So much cheaper, though!

Also, does anyone have good sources for inexpensive "a la carte" sheets, rather than sheet sets? Seems a pity to pay for a set and not use the top sheet!