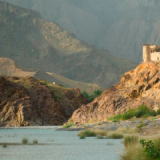 I have the Colts, Chargers, Seahawks and da Bears moving on this weekend.
What about you?
Was the last Eagles/Bears playoff matchup the Fog Bowl? Don't recalll if they have met again in the post season since then, but that was a crazy game to watch will Randall Cunningham trying to scramble and throw in virtually zero visibility.
January 2019
375 replies
0 · Reply · Share
«1234567…19»