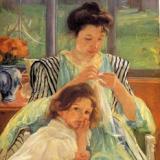 Mary13 4241 replies88 threads Senior Member
June 2019 in Parent Cafe
Our August selection is The Weight of Ink by Rachel Kadish, an interwoven tale of two women living centuries apart—one a 17th century scribe for a blind rabbi and the other a 21st century scholar specializing in Jewish history. Kadish says of her novel: "The Weight of Ink reaches back in time to ask the question: What does it take for a woman not to be defeated when everything around her is telling her to sit down and mind her manners? I started writing with two characters in mind, both women who don’t mind their manners: a contemporary historian named Helen Watt and a seventeenth century Inquisition refugee named Ester Velasquez.” As Helen studies Esther, their stories begin to mirror one another, with each woman struggling to overcome societal obstacles and seize opportunities that appear out of reach.

This astonishing third novel from Kadish introduces readers to the 17th-century Anglo-Jewish world with not only excellent scholarship but also fine storytelling. The riveting narrative and well-honed characters will earn a place in readers' hearts. —Library Journal, starred review

Like A.S. Byatt’s Possession and Tom Stoppard’s Arcadia, this emotionally rewarding novel follows present-day academics trying to make sense of a mystery from the past…Vivid and memorable. —Publishers Weekly