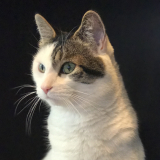 Gourmetmom 2839 replies49 threads Senior Member
December 2019 in Parent Cafe
My small neighborhood association has about 10 very tall Victorian style street lights that we decorate for Christmas every year. Originally, 20+ years ago, those who happened to have a street light on their property volunteered to decorate it (artificial lighted greens and a big red bow). I've been decorating mine since the beginning - the first bunch of decorations were purchased by the association, but since then I've replaced my own several times - they don't last long - the bows blow away and the lights burn out. Perhaps other people have asked the association to pay each time, but it's really nominal and I never bothered with it.

This year, as I reach the ripe age of 60, I don't feel like lugging a big extension ladder down to the road - it's not all that close to the house, and climbing the ladder to put them up and after New Year's take them down is kinda scary.

Today, I emailed the our "president" (who doesn't happen to have a lamp post) to tell that my decorating days are over (we are the longest residents in the neighborhood) and I'd like to pass the baton. I also explained that I don't have the decorations since last year's were trashed. I did say that I've replaced them myself many times. He emailed me back saying that he expected me to provide new decorations to the new person. I found it incredibly disrespectful and rude (no good deed goes unpunished). I'm halfway between emailing him back or just ignoring the whole stupid thing.
December 2019
25 replies
2 · Reply · Share
«12»