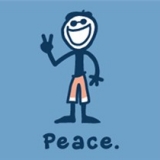 I wish I had kept track of each year we had one and what we planned. I was pretty much a stickler for as often as possible doing at home parties that we would plan. We didn't do parties every year but often enough.

BEST
D1 - Party that involved a HUGE neighborhood scavenger hunt. Her and her friends talked about that for YEARS.
D2 - D2 was 8 years younger than D1 so when D2 was around 7 or so I hired D1 and her friend (they were mid teens) to be the party hosts and plan activities. They planned a "spa party" - activities included facials w/cucumbers for eyes, yoga, dance, decorate your own flip flops and other activities.

WORST
S wasn't really into bday parties. And this party may have been why. He was about 7 or 8 and that was a time all his friends were into Pokemon. Except he wasn't. When it came to time to open gifts, EVERY SINGLE GIFT was a Pokemon item! And worse yet, the kids who bought them were so excited they snatched the item out of his hand and if it was under plastic immediately opened the package (so no taking items back). My son was super polite and played along with it all. Afterwards I gave him cash to get himself some presents he would actually like!!

THING THAT ANNOYED ME ABOUT HOSTING PARTIES
The parents who would ignore the pick up time and arrive 1/2 hour to an hour late. The pick up time is not really flexible people!
January 15
46 replies
2 · Reply · Share
«123»

Replies to: Your BEST - or WORST Kids B-Day Party Planning