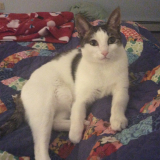 thumper1 77989 replies3491 threads Senior Member
April 6 in Parent Cafe
This bread is very easy and delicious. Several friends have made it. The folks I know have assembled the ingredients before they go to bed...and bake in the morning.

Mix all together in big bowl. Let rest all day or over night. Needs at least 10 hours.