How to handle son and GF sharing a room? 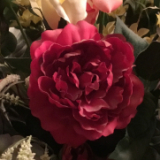 conmama 4966 replies350 threads Senior Member
May 27 edited May 27 in Parent Cafe
We are all products of our upbringing to some degree. My family of origin was very authoritarian patriarchal. My Dad was foreign and his word was basically law. I loved my parents and family and had no intention of going against most of his wishes, as I wanted his approval and to be in good graces. Many of his morals became mine, including living together before marriage. That would have never even crossed my mind to do.

My son and his GF left to go work and live in Texas. Neither DH and I approved, but never let them know that in word or deed. DH did question him about his GF’s parents (particularly her Dad), felt about it. He did pointedly say to S how he would feel if he had a daughter. Son knows in his heart we don’t probably really like it, but he’s always been one to ask forgiveness than permission type (and he’ll leave out the forgiveness part). (Side note: we were joking with the boys this weekend how we aren’t stupid, we knew they were sneaking booze when they had friends at the lake. Son said they knew we knew...just waiting to see if we’d say anything. )

So, back to my dilemma. They will be visiting at the lake over the 4th. My 2 boys share a loft. Guests in the bedrooms. It’s a very small place. I know my son. Without asking, as is his nature, he’ll just put them both on one of the guest rooms. Even though they live together, having it in my house bothers me....especially without asking if it’s ok.

DH doesn’t like the thought of it either, but doesn’t want any weird vibes at the cottage....he wants it to be a happy place. I agree with that. But how do I reconcile my feelings, or try to change them, to accommodate everyone else’s?

Am I so out of touch and old fashioned? Is it better just to go along for the sake of Being comfortable for them? Should I discuss sleeping arrangements with him before they even come? DH would say no, I’m making an issue of it.

This wouldn’t even be an issue if they weren’t living together. Maybe they’ll surprise me and go in separate rooms. I don’t know, I don’t know!

Replies to: How to handle son and GF sharing a room?