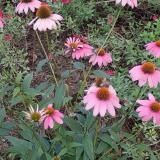 dragonmom 6116 replies155 threads Senior Member
December 2010 edited December 2010 in Parents Forum
Ok, so my daughter is heading back early to "work on her senior thesis" oh,and see the boyfriend.... But this trip reminds me of other years. She has a 7 AM flight tomorrow. Is on the phone with a friend and also with another on her computer, nothing packed, nothing ready.... Have any of yours become more like "grownups" in their packimg and prep? We're sad to see this vacation end...might be her last long vacation home. Any other kids heading out yet?
Maybe I'm just old and need 8 hours of sleep before the airport trip...
December 2010 edited December 2010
13 replies
Post edited by dragonmom on December 2010
0 · Reply · Share

Replies to: They're leaving home ....