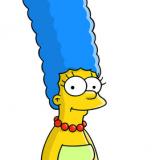 oldmom4896 4024 replies293 threads Senior Member
July 2014 in Parents Forum
Administrators at Hobart and William Smith Colleges in central New York are pressed for changes over how a campus panel handled a freshman’s complaint.

Replies to: Support for a College Student Grows After a Rape Complaint Is Dismissed