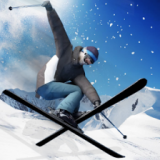 skieurope 40797 replies7569 threads Super Moderator
October 2014 edited October 2014 in Parents Forum
By popular request, the Master List of Acceptances thread is now open for this year's college applicants. We'll call them "Class of 2019," but anyone with an acceptance to announce this season (transfer, 5-year program, even grad school) is welcome to post.

To participate, add a line at the top of your post announcing your news, copy any list that already exists, then add your name (someone will be sure to alphabetize regularly), your student's gender if you wish, and the school where they were accepted. Add (ED) or (EA) if that's appropriate. As new acceptances come in, just copy the list and add to your existing line. Last year the list got too large to copy, so it was broken into two lists alphabetically. We have some time before we have to do that.

Here are links to the 2016 threads:
http://talk.collegeconfidential.com/parents-forum/1212830-class-2016-results-celebrate-discuss-support-here.html