SAT Subject Tests helpful in any way if a kid has taken ACTs? 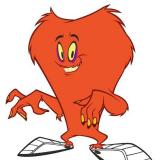 GossamerWings 1246 replies313 threads Senior Member
October 2015 in Parents Forum
Wondering if having a couple of good scores on subject tests bolsters an application if the student has taken the ACTs and applying to a school that asks for either ACTs or SATs + subject tests. I have been told that the school won't bother to look at the subject tests unless the student took the SATs. I'm sure it's a bit school dependent, but does anyone have any thoughts? Thanks.
October 2015
12 replies
0 · Reply · Share

Replies to: SAT Subject Tests helpful in any way if a kid has taken ACTs?