On a more pleasant note: A most beautiful college campus list 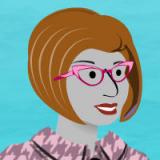 momofthreeboys 16642 replies66 threads Senior Member
October 2015 in Parents Forum
Unbelievable that I've seen all but a couple of these campuses and the list,in my opinion, a pretty darn good list.

Replies to: On a more pleasant note: A most beautiful college campus list