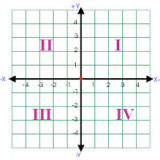 In early 2000, a law was passed that made it unnecessary for infant adoptees to go to court to attain citizenship. Since that time, all that's necessary is adoption. (Though, because the law was still being passed, we did in fact go to court.)

But the kids who were adopted as infants are just now getting accepted to college.

OK, here's my point: Two of my son's schools have called, requesting proof of citizenship before they can review his FAFSA. I asked what documents they needed, and it was both his revised birth certificate and his adoption certificate. I just emailed a photo of the documents to the schools, and will probably forward the document to the other schools that have accepted him.