How much of a factor is the quality of the high school? 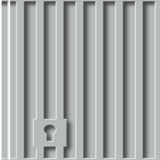 MotherOfDragons 3934 replies25 threads Senior Member
April 2016 edited April 2016 in Parents Forum
The ranking for our kids' high school just came out and it's ranked around 500 in the US, putting it in the top 1.5-1.9% of US public high schools.

How much does this matter to colleges? My husband and I have been having "what if" discussions, mostly centered around our sophomore daughter who is a B/C student in honors, AP and regular classes, and is in the bottom 25% ranking of the school (3.0 weighted gpa)

We're trying to figure out if being in the bottom 25% class rank at a top 1% school is better than being in the top 25% of an average school, and what that means for her for college. H thinks it means starting out the first two years at a community college because no school we can afford will take her with that class rank, and I think he's being too negative (but I'm a bit of a Pollyana).

Replies to: How much of a factor is the quality of the high school?