Money, Race and Success: How Your School District Compares 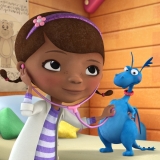 Roentgen 1616 replies32 threads Student Voice
April 2016 in Parents Forum
Thought this was a very interesting article, considering we have a Parents Forum here:

Replies to: Money, Race and Success: How Your School District Compares