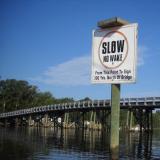 PackMom 7650 replies17 threads Senior Member
May 2006 edited May 2006 in Parents Forum
Anybody else out there breathing a sign of relief? S had a great first year but is so glad to get a break. He (and we) were a little anxious about the grades due to scholarship requirements. Good news. The grades came in last night and he made the grades to keep his scholarships for another year...hooray.

Just a note of warning for seniors (and parents of). The merit scholarships are great but the ones S got (and probably some your kids got) come with the requirement of maintaining a certain gpa. For my S, it was 3.2.

Last year when he was a happy go lucky senior cruising through high school with well over a 4.0, the thought of only needing a 3.2 to keep the great scholarship seemed easily attainable to him...no problem.