Tufts postpones Scaramucci talk after he threatens to sue student 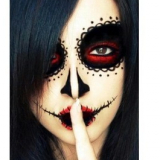 OHMomof2 13237 replies247 threads Senior Member
November 2017 in Parents Forum
Hmm. Sounds like we have a case of the proposed speaker, not the students, chilling free speech here.

Tufts University is postponing a talk by Anthony Scaramucci, who was briefly a spokesman for President Trump, after he threatened to sue a student who wrote an unflattering opinion piece about him in the student newspaper.

Replies to: Tufts postpones Scaramucci talk after he threatens to sue student