WSJ: Eight minutes or less to review an application? 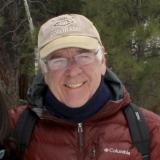 Replies to: WSJ: Eight minutes or less to review an application?