Should we feel a little sympathy for Harvard students and their families? 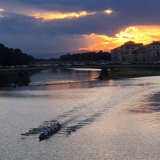 Close friend’s kid attends Harvard. The student and family seem obligated to down play the college the student attends, almost as an unwritten rule.

For example, many times when someone asks where the daughter goes to college, they say things like “she goes to college in Boston” etc. as if saying she goes to Harvard will be frowned upon as bragging by the student/parents.

Is attending Harvard in some small way a “burden” when it comes to being excited about your college choice and having to downplay which college you attend?

Replies to: Should we feel a little sympathy for Harvard students and their families?