Semester wrap up for in person colleges. What worked and what did not 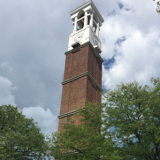 momofsenior1 11137 replies142 threads Senior Member
November 20 edited November 20 in Parents Forum
I’m going to be honest and say that I’m shocked my D made it through the entire planned for semester at Purdue and not at our dining room table!

Overall, she had a good semester and was happy to be on campus. The learning happened, the clubs happened, she got another internship lined up, more leadership experiences, etc.... albeit nothing like usual.

What I think Purdue did right-
- Pre arrival and departure testing for everyone
- aggressive contact tracing and random testing
- partnering with the mayor of town to make off campus rules the same as on campus rules
- suspending students not following the rules throughout the semester.
- making it easy for kids who were sick to go to class virtually and have no penalty
- aggressive case managing and quarantining
- setting up classrooms to social distance and improving air handling throughout campus (not one covid case was traced to a classroom).

What I think they could have done better-
- even more testing - IMO everyone should have been tested weekly. My D only had four tests all semester and one was contact tracing. Granted she lived alone in a single with a private bath so wasn’t prioritized, but still more would have been better.
- de- densifying communal living houses (more than 60% of cases were traced back to densely populated houses).
- food service options could have been better
- more reading days within the semester for mental health breaks
- better enforcement of students not leaving the community

Lots of room for improvement but they succeeded in getting students through the semester on campus.

How did your student’s college do? What do you think could have been better?
November 20 edited November 20
15 replies
5 · Reply · Share

Replies to: Semester wrap up for in person colleges. What worked and what did not