Join us for a LIVE webinar Friday, April 3 at 3pm ET to hear from admission officers on how COVID-19 is impacting admissions at schools. REGISTER NOW and let us know what questions you have and want answered.
NYU is releasing decisions today (3/30). Share your outcome!
Tulane is rumored to release decisions tomorrow (3/31). Share your outcome!
As schools continue to announce their decisions, we put together the Class of 2024 RD Discussions Directory. Connect with fellow applicants NOW! 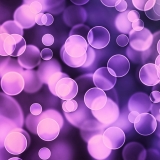 I'm planning on applying for the Caroline D. Bradley Scholarship. If you were a past CDB Scholar, could you please share things like your scores/states/ECs?