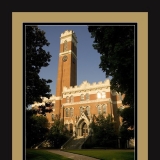 SincererLove 770 replies24 threads Member
September 2019 in Pre-Med Topics
D is still in early stages, but she went to a career fair at Vandy and happened to talk to an army recruiter who encouraged her to consider going to Army to pay for medical school. D thought it is pretty good deal. Anyone doing this or thinking about it?
September 2019
14 replies
1 · Reply · Share

Replies to: Join Army to pay for medical school?