What are my chances of getting into Phillips Academy Andover? 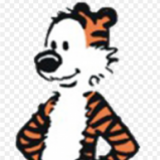 ffsophiar 150 replies4 threads Junior Member
February 2019 in Prep School Chances
I’m in eighth grade and I’ve been hoping to go to Andover for high school. Could someone tell me if there’s a chance I could get in?
My grades are as follows:
English: 94
Science: 93
Latin: 98
History: 99
Literature: 98
Math: 92
Band: 99
I got a total score of 99 on my SSATs (individuals were 99 for verbal, 99 for reading comprehension, 86 for math.) I play the piano, but very seriously. I’ve been playing for almost nine years, and have won many competitions, local, national, and international. I’ve played at Carnegie Hall three times for winners recitals. I also do composition. I’ve written five pieces and won some competitions, including one where I was invited to play my piece in Vienna. I’m involved in a chamber music program at UNC called MYCO. I’ve won the school spelling bee five years in a row, and have placed as high as fourth in the state bee. I’m involved in National Junior Honors Society at school, and do various volunteering projects with them. I also did ballet for several years, but am currently taking a break because there’s not enough time for it. I’ve tried to convey to Andover that I’m not just an overachieving grind, but that I have a deep passion for what I do, and that I’m a creative type of person.

I’m also a double legacy (my father and grandfather both went to Andover). I’m half Taiwanese and I live in North Carolina. I will be requiring quite a bit of financial aid.

Replies to: What are my chances of getting into Phillips Academy Andover?