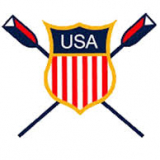 SportyPrep 23 replies3 threads Junior Member
May 9 edited May 9 in Prep School Parents
Try as I might, I can't understand the appeal of sending one's child to JBS in 6th or 7th grade. Unless it was really necessary, why in the world would someone actually choose not to spend as much time as possible with their 11 or 12 year old kid? What are the psychological impacts on a preadolescent?

I understand there can be special circumstances for expats and diplomats. Furthermore, some families from the Far East will make tremendous sacrifices in the name of education and ESL, which I understand account for a relatively large percentage at some JBSs, but why would an American family willfully send their child to a JBS in 6th-7th grade, seven days a week? It was hard enough for us to drop off our high school BS teen, and that came with feelings of guilt.

The idea of JBS makes me sad, especially if the raison d'etre is primarily about improving 9th-10th grade BS admission outcomes.

Is JBS going the way of the dodo bird for domestic families, and mainly an option for foreign families?