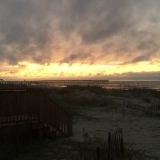 sdl0625 707 replies11 threads Member
August 2018 in Rensselaer Polytechnic Institute
My S19 is planning to apply to both schools for CS with a concentration in Gaming. He is a true Magic Playing Geek, very smart kid, but does have some issues in regards to Executive Functioning. I understand that RPI is harder than RIT and also higher ranked, but based on what I have been reading here about the Career Center, low GPA's(in the sense of the work being very hard), and the administration, in all honesty would going to RPI be that much better than attending RIT if he got into both? Taking $ out of the equation here but purely on environment for my son and career opportunities afterwards.
August 2018
19 replies
0 · Reply · Share

Replies to: RPI Vs RIT