Are SAT Subject Tests becoming obsolete? Should I still take them? 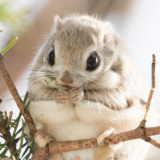 squ1rrel 449 replies35 threads Member
May 4 edited July 13 in SAT Subject Tests Preparation
I recently learned that MIT will no longer be considering subject tests (permanently) in their admissions. Caltech did the same in January. And this entire COVID-19 thing has made everyone question more and more the necessity of testing...is there a chance that other top schools will stop considering them? I'm a sophomore in HS right now, and don't want to waste time preparing for subject tests if they are going to be useless.

My dream school is MIT, followed by UIUC (OOS), both of which do not subject tests. My major would likely be CS, so I would end up taking Math 2 and physics, but I forget a lot of stuff from my earlier math days and have only learned mechanics, so I would have to spend a considerable amount of time preparing. Other reach schools I would be applying to *consider* subject tests, like Purdue or UMich. And I may or may not apply to a few schools that strongly recommend subject tests, like Dartmouth or Cornell.

Should I spend the time to prepare and take them? How important will these tests be in two admissions cycles? I got a 36 ACT in February btw, so for colleges that don't require but consider subject tests, would I really need to show them my competency in the form subject tests? I got a 5 on Calc AB last year and suspect I'll get the same on BC this year, as well as a 5 on APCSA.
May 4 edited July 13
10 replies
Post edited by CCEdit_Suraj on July 13
Tagged:
0 · Reply · Share

Replies to: Are SAT Subject Tests becoming obsolete? Should I still take them?