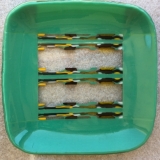 Third-year medical students at Orlando-based University of Central Florida can no longer complete clerkships at the region's two largest health systems, according to the Orlando Sentinel.

Altamonte Springs, Fla.-based AdventHealth and Orlando Health closed their doors to UCF when it chose HCA Healthcare as its partner for a new teaching hospital, which is slated to open next year. AdventHealth and Orlando Health are longtime partners of the university, and their support helped UCF earn approval to open a medical school more than 10 years ago, according to the report.

The split is a major loss for UCF — the two health systems hosted 40 percent of its clerkships, and student feedback on HCA sites has not been overwhelmingly positive, according to the report. For example, one student's end-of-year evaluation said, "HCA facilities are not good places to train. We are treated very poorly at HCA sites and there is very little going on," according to the report. The HCA sites in the area are community hospitals, which tend to have lower patient volumes and less complex cases.

Orlando Health and AdventHealth are continuing to partner with UCF in other ways, including offering training for nursing students.