Inside Medicine. What Are You Seeing?

In my state, breakthrough cases are rising, and 30% of those hospitalized are vaxxed. If not waning immunity, is it just Delta? 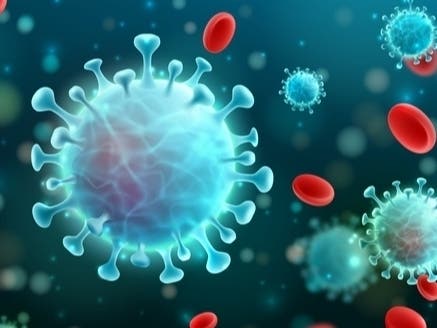 A new study from Yale confirms what you suspected: COVID-19 breakthrough cases are on the rise, but delta is not the culprit this time.

Re: The J.&J. Conundrum - The New York Times

Q: Should people who got J&J x1 get another dose? If so, another J&J or a different vaccine?
A: There is no consensus on either question.

After reading, it seems like this more concerned with getting vaccines shipped to other areas around the world :

“….and a scientist at the World Health Organization, said in a statement that “even if some gain can ultimately be obtained from boosting,” the world should focus on getting shots to unvaccinated people.”

In my state, breakthrough cases are rising, and 30% of those hospitalized are vaxxed. If not waning immunity, is it just Delta?

The Delta variant’s higher viral loads could be a reason for more breakthrough* infections – probably more of a reason than waning immunity.

The article blames it on age and comorbidities, but since CT distributed by age, those folks have also been vaccinated the longest. I guess I’m not understanding how they can say it’s NOT due to waning.

The article blames it on age and comorbidities, but since CT distributed by age, those folks have also been vaccinated the longest. I guess I’m not understanding how they can say it’s NOT due to waning

There are at least these possible reasons why Delta has more breakthrough infections:

While all four are possible contributors, it does seem that most people are jumping on #4 as the main cause, rather than considering whether any one or more of the other three are the main contributors.

It is also possible that an additional dose (Pfizer or Moderna x3 or J&J x2) would give stronger immunity that may help against the Delta variant, but not because of waning immunity. I.e. for best protection against the Delta variant, we may need stronger immunity than against previous variants. But then it may also help to have Delta-targeted versions of vaccines (much the way flu vaccines are changed yearly).

I did not read the article that way. The scientists cited were from several different countries. The concerns seemed to be 1) unknown side effects not as yet studied and 2) the greater benefit of a vaccine that targets Delta or some other dominant variant of concern that is anticipated and studied

My understanding is that Delta replicates so fast that there is more of a time lag between infection and the immune response. So Delta starts to infect but then is stopped, but further along than the original virus would be.

My doctors said I should get a third shot due to lupus and prednisone between shots. But I am waiting for more info myself and being careful.

correction, they do not support boosters for the general population at this time.

Yes, thanks for the clarification.

wonder how much weight any of these people’s opinions will have, assuming the two FDA staffers who have resigned will still be part of the Sept 17 FDA meeting that is scheduled to discuss Pfizer booster/third shot (because the two staffers in question aren’t scheduled to depart until Oct and Nov).

There is a possibility that it might be better for young and middle-aged healthy people to forgo the booster, so that they will likely eventually get an asymptomatic/mild case of Covid.

I’m am in no way suggesting that people try to get Covid. However, with endemic viruses that do not mutate too much (ie common cold coronaviruses, RSV) people get natural boosters from encountering the disease. Then, they don’t get it at all for a year or more, and then they get a mild case again, which protects them from infection for another year, etc.

If people are super-protected by the high levels of antibodies caused by the vaccine, they may not have the opportunity to deepen their immune memory by getting infected and fighting off the virus. It would be very difficult and expensive to keep vaccinating the entire population every six months indefinitely. It’s also possible that natural boosters work better. We need data on this.

Then there’s the case of people who have not been vaccinated but got the monoclonal antibodies. They are super protected from infection for three months. However, they were injected with engineered antibodies. Their immune system did not learn to make the antibodies, and they will not have immune memory going forward. If they get reinfected after the three month window, they may get very sick unless we give them monoclonals again. Somehow, we need to convince these people that what they really need is the vaccine.

Given the choice, I would get one booster in November or early December to give me the highest levels of immunity as we go through the winter. I had Pfizer, so I only went three weeks between doses, which is likely not optimal. Of course these are non-evidence based thoughts. Waiting on data.

More thoughts. A third shot sends my immune system back down the exact same path against the alpha spike protein. I might be better off getting a delta infection which would give me broader immunity, maybe even broad enough to protect against any future variant.

We know that people who had a regular infection, and were later double vaccinated, have a wide-ranging immunity to variations of SARS-CoV-2.

New Studies Find Evidence Of 'Superhuman' Immunity To COVID-19 In Some...

That's how some scientists describe the findings of a series of studies looking at the antibodies created by individuals who were infected by the coronavirus and then had an mRNA vaccine.

What about people who were double vaccinated and then infected with the virus? Might they also get this powerful hybrid immunity?

Or maybe a third vaccine would also help promote diverse immunity, as some double vaxxed people who have been studied do start to make more flexible antibodies over time, which look like they would cover more variants.

Israel is making preparations to ensure it has sufficient vaccine supply in case a fourth round of Covid-19 shots is needed, the country’s top health official said on Sunday.

“We don’t know when it will happen; I hope very much that it won’t be within six months, like this time, and that the third dose will last for longer,” Health Ministry Director General Nachman Ash said in an interview with Radio 103FM.

I wish studies like the Connecticut one would not include among the “fully vaccinated” patients who cannot mount a healthy immune response to a vaccine. They may have received both shots, but they’re in a third category who should not be considered either “fully vaccinated” or “unvaccinated.” The fact that a transplant recipient got a “breakthrough” infection tells us nothing about the population effectiveness of the vaccine.

30% of those hospitalized are vaxxed

No, the link says that 31% of positive tests in Connecticut are in people fully vaxxed. The article does not say what percentage of the hospitalized were fully vaxxed; it only gives an absolute number (54 across 3 months) with no denominator.

This article discusses the 30% hospitalized and vaccinated. Posted this in another thread. Should’ve reposted here. Sorry. 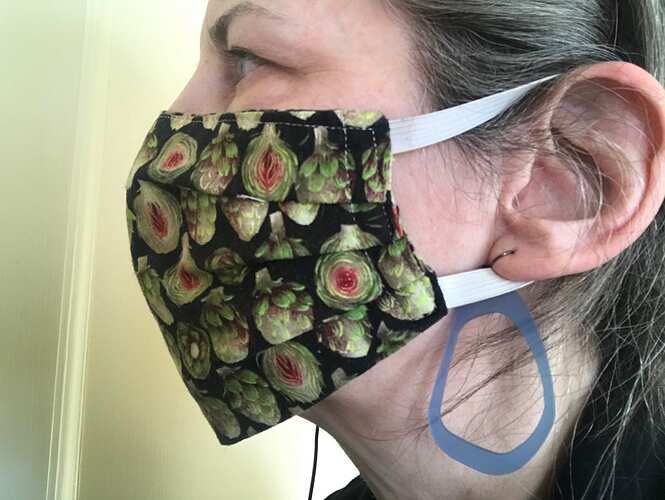 As of August 23, in Connecticut 369 patients are hospitalized with COVID-19. That’s three times more than just one month ago.  “We are going to see a handful to more than 100 cases in the hospital in a cyclic fashion, up and down for about a...

30% hospitalized being vaccinated in a place with 65% vaccinated suggests that the vaccines are 77% effective against needing hospitalization.

But also, note that another page you posted ( Vaccine reluctance - #4400 by taverngirl ) mentions that, out of hospitalized patients, vaccinated patients are more likely to have mild or asymptomatic cases (found to have COVID-19 after being hospitalized for other reasons).

From the article linked above on Yale:

In short, Balcezak said he does not believe the bulk of the recent increase in cases are the result of a waning of the vaccine’s effectiveness, but on the delta variant’s increased viral load in individuals that are infected with it. So, to make up for the 5 percent ineffectiveness of the vaccine, Balcezak recommends wearing masks.

But also, note that another page you posted ( Vaccine reluctance - #4400 by taverngirl ) mentions that, out of hospitalized patients, vaccinated patients are more likely to have mild or asymptomatic cases (found to have COVID-19 after being hospitalized for other reasons).

Wow. I had no idea that when we see numbers for hospitalized covid patients, it includes people who are not there for covid. That those numbers can include people who are hospitalized for a car accident, and while there, they are tested and found to have an asymptomatic case of covid, and they will count as a covid hospitalization. This doesn’t feel right to me, but I guess that’s how they do it.

So of course in highly vaccinated communities we will see increasing percents of the hospitalized people being vaccinated, not just due to very rough breakthrough cases, but these incidental nothing-burger cases that get thrown into the mix.

ETA: I just read The Atlantic article that was posted above about covid hospitalizations. Great read! I do feel like I now have a better understanding on these stats, thanks for posting

I’m thinking covid vaccinations might turn out to need a schedule like the tick borne encephalitis vaccine (not Lyme disease, the viral one) where you get shot number 2 after four weeks, shot number 3 after a year and after you need a booster every five years or so.

We just don’t know yet. I think it makes sense to try out boosters on a subset of the population, while they try to develop another vaccine that targets more variants. Which then needs more testing.

They do something similar with the death numbers. If you test positive for COVID, but die of a heart attack, you are part of the numbers.