Inside Medicine. What Are You Seeing?

I believe that only happens if they feel the heart attack was caused by Covid. Covid also causes strokes, kidney issues, and of course, lung issues - all common causes of death from it due to the clotting. Medical lad tells me they consider it a clotting disease that also affects the lungs where he works.

Last year a local youngster died in a car accident and later tested positive for Covid (so the EMTs and everyone helping at the accident had to isolate). They were assuring people who thought otherwise that his stat was NOT counted as a Covid death. His case of Covid didn’t cause the accident.

I still wish all hospitals would list their cases like this. The three might still be due to something else and only incidentally Covid, but it’s pretty telling what the odds are of having a bad case: 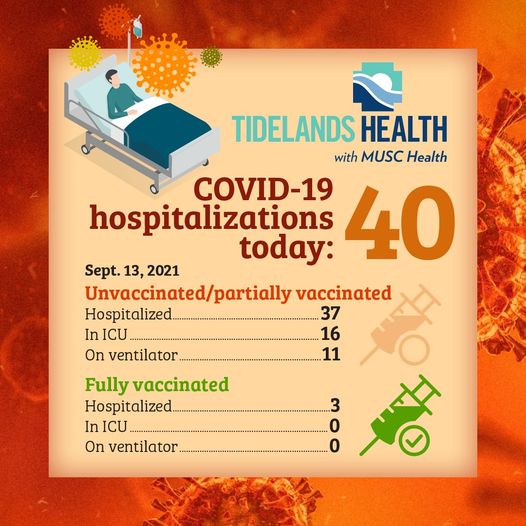 I think every article about breakthrough cases should have a statement like, “Remember if 100% of the population is vaccinated, 100% of Covid patients in the hospital will be vaccinated.” That’s a statistic everyone can understand.

I think the state goes back and reviews cases to make sure covid was a factor in the death. I keep track of every state’s daily numbers and many times a state’s daily new deaths are negative values. But originally it was a complaint of the covid disbelievers - and still is I suppose.

In the Yale article, they state the percentage of Covid-19 patients who are fully vaccinated (37 and 40% at the two hospitals). I assume “Covid-19 patients” means that is what they are hospitalized for.

However, they do not state the condition of the fully vaccinated Covid patients. They should. It’s highly likely that they are on the regular floor receiving supplemental oxygen and steroids, not in the ICU and not not on a ventilator.

Some doctors err on the side of hospitalization when it comes to Covid, even in the fully vaccinated. Others get monoclonal antibodies for their Covid positive patients with risk factors, whether they are vaccinated or not. This keeps them out of the hospital. It is also possible to give oxygen and steroids in a regular doctor’s office or clinic, to keep people out of the hospital.

Tidelands Health is in Georgetown County in South Carolina, which has a 60% full vaccination rate.

That suggests that full vaccination there on that day is:

Tracking of COVID-19 among UCSD health care workers suggests that vaccine effectiveness against any symptomatic COVID-19 fell from over 90% in March through June to about 65% in July. The July increase in COVID-19 was pretty much all Delta variant.

Resurgence of SARS-CoV-2 Infection in a Highly Vaccinated Health System...

That letter to the editor of the NEJM is about 227 healthcare workers who tested positive for Covid. 130 were fully vaccinated. Only one person got sick enough to be hospitalized, and that person was unvaccinated. No one died.

I don’t think “waning immunity” is the right phrase to use to describe the fact that more healthcare workers are getting infected, now that it’s been 7-8 months since vaccination. Maybe they should say, “Fewer antibodies constantly circulating”?

So, yes, more vaccinated people get infected because their bodies do not remain on high alert for Covid, pumping out antibodies, indefinitely. But, when they get infected, they have asymptomatic or mild cases. After vaccination plus infection, they may have gained a broader immune memory which will protect them against all coronaviruses.

Would we get that wide-ranging immunity from a third shot? We don’t know yet. But the fact that vaccinated people are getting infected doesn’t mean their immunity to SARS-CoV-2 is waning. It is likely growing.

I don’t think “waning immunity” is the right phrase to use to describe the fact that more healthcare workers are getting infected, now that it’s been 7-8 months since vaccination. Maybe they should say, “Fewer antibodies constantly circulating”?

Or more like, Delta variant is much more likely to cause symptomatic infection than Alpha and ancestral variants, including both breakthrough infections and unvaccinated infections. It is not like immunity from vaccination suddenly fell off a cliff from June to July. The difference between those months was the Delta variant.

Delta variant is much more likely to cause symptomatic infection than Alpha and ancestral variants, including both breakthrough infections and unvaccinated infections.

Maybe . . . Or the increase in infections was due to a combination of things:

Of course, we don’t have great data yet, but from the evidence we do have, I do not believe that delta causes more severe disease. Delta has infected a lot of people in a relatively short time, and a percentage of those are vulnerable. For example, more kids are getting delta because we aren’t protecting kids like we did previously, and because delta spreads too fast for contact tracing. More kids getting delta means more kids getting sick enough to go to the hospital. I think those kids would have had the same outcome if they had gotten alpha.

I don’t see evidence that delta is more likely to infect any one individual, or that it makes people sicker than previous variants. All variants cause a wide variety of outcomes in people, from asymptomatic to death.

Is there any data (or speculation) about the asymptomatic cases on people that didn’t require testing? For example… in our county, about 1 in 12 people have had Covid. I assume that is based on test results. I’m assuming there are also other cases that have been under the radar… true?

"We have — we at CDC, I’m really pleased and proud to say, have been following a group of cohorts of selected people across the country to follow the question of, how are our vaccines working? Now, we have many of these cohorts, tens of thousands of people, 4,000 health care workers that are getting a test every week, regardless of symptoms. That can tell us about asymptomatic spread.

“And that foreshadowed we may be seeing this soon with regard to hospitalizations and severe disease. And that’s really where we came together and said, as a country, as a government, we are planning for this. We know that this might happen. We’re starting to see the data that it might happen. And we are now planning for this.” 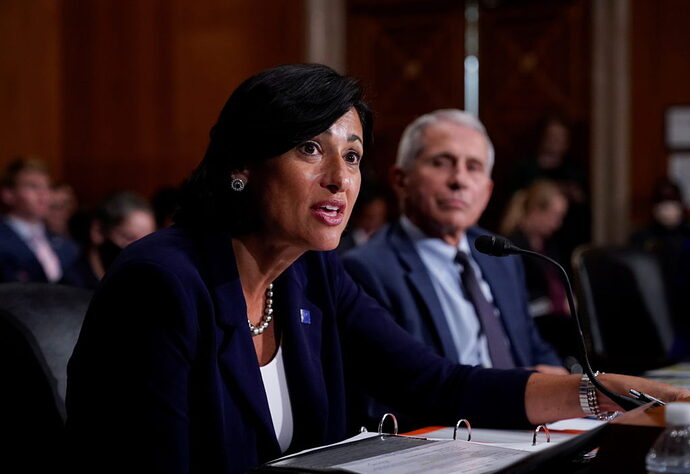 The Biden administration has said COVID-19 vaccine boosters may be available to eligible groups a week from now. But that timing is uncertain and scientific advisory committees still need to meet in the next several days. Lisa Desjardins spoke with... 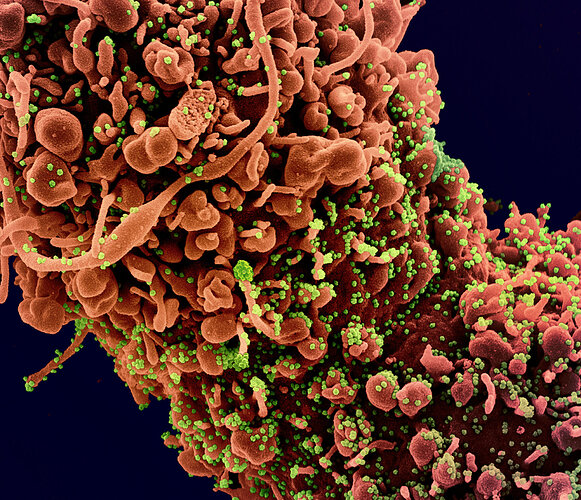 A new study from La Jolla Institute for Immunology (LJI) scientists helps answer the question: how long does immunity against COVID-19 last in vaccinated people?

A new study from La Jolla Institute for Immunology (LJI) scientists helps answer the question: how long does immunity against COVID-19 last in vaccinated people?

As they report in Science, a low dose of the Moderna vaccine lasts for at least six months, and there is no indicator that vaccinated people will need a booster shot.

“This time point is critical because that is when true immune memory has formed,” says LJI Research Assistant Professor Daniela Weiskopf, Ph.D., who co-led the study with LJI Professors Alessandro Sette, Dr.Biol.Sci., and Shane Crotty, Ph.D.

In fact, while the Moderna COVID-19 vaccine (mRNA-1273) led to strong CD4+ (helper) T cell, CD8+ (killer) T cell and antibody responses for at least six months after clinical trial participants were fully vaccinated, it is likely that the immune response could last much longer. The researchers also show that this strong immune memory lasted in all age groups tested, including in people over age 70, a demographic especially vulnerable to severe COVID-19.

“The immune memory was stable, and that was impressive,” adds Crotty. “That’s a good indicator of the durability of mRNA vaccines.”

In fact, the researchers found that the Moderna vaccine spurs an adaptive immune response to the SARS-CoV-2 spike protein (a key target) nearly identical to the immune system’s response to a natural SARS-CoV-2 infection. “The response is comparable,” says Weiskopf. “It’s not higher and it’s not lower.”

The team also filled in an important gap in COVID-19 vaccine research. Until now, many studies had shown an effective CD4+ T cell response to the Moderna vaccine, but CD8+ T cell data was lacking.

“We know naturally infected and recovered people develop excellent CD8+ T cell responses against SARS-CoV-2; however, there was concern about the generation of CD8+ T cells by mRNA vaccines,” says Mateus Triviño.

I am in an area that was one of the initial Delta hotspots. We finally have some good news. The number of COVID-19 patients in our hospitals at 7 p.m. every day has dropped from 790 on Sept. 1 to 649 yesterday, with projections showing that number might drop to 330 by Oct. 9. Unfortunately other areas of the country are just now beginning the upward trend. Included is our graph, sorry so small but you can see the peak and downward trend. 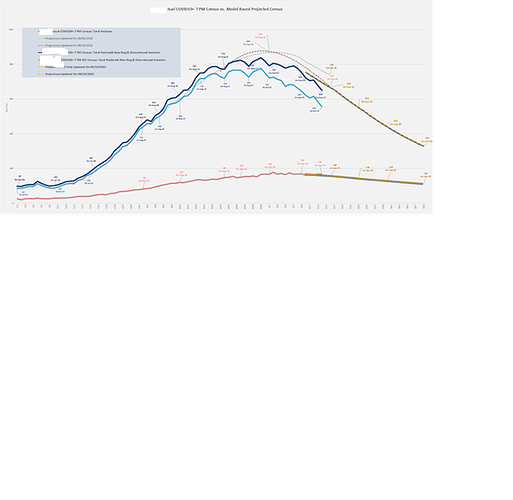 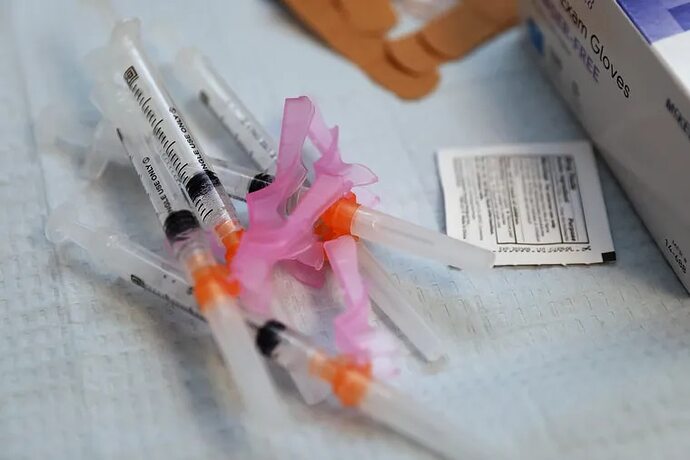 People who got the Moderna shot had the lowest rate of COVID-19 breakthrough...

Delaware is among the first states to link cases to the specific vaccine the patient received.

The Idaho Department of Health and Welfare made the announcement after St. Luke’s Health System, Idaho’s largest hospital network, on Wednesday asked state health leaders to allow “crisis standards of care” because the increase in COVID-19 patients has exhausted the state’s medical resources.

Idaho is one of the least vaccinated U.S. states, with only about 40% of its residents fully vaccinated against COVID-19. Only Wyoming and West Virginia have lower vaccination rates.

Crisis care standards mean that scarce resources such as ICU beds will be allotted to the patients most likely to survive. Other patients will be treated with less effective methods or, in dire cases, given pain relief and other palliative care.”

This chart shows the data from our hospital comparing death rates in vaccinated and unvaccinated stratified for age, for this (Delta) surge only. 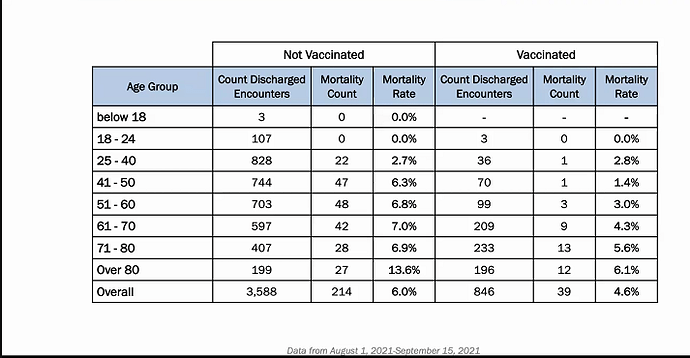 Would still recommend anywhere in the Northeast! 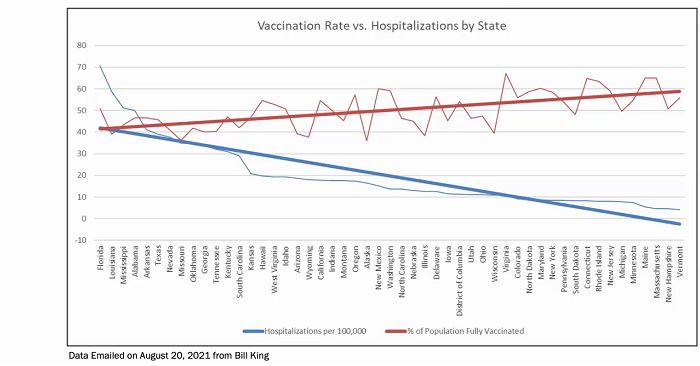 Also note that the vaccinated hospitalizations and deaths are skewed toward the oldest people, who are both more vulnerable and generally tend to be more likely to be vaccinated.