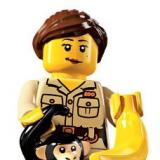 Program for System Admission (PSA) PSA stands for the Program for System Admission offers students who are denied freshman admission the opportunity to enroll in a Texas A&M system school for one year with the intention of achieving guaranteed transfer admission to Texas A&M College Station upon successful completion of the program. Approximately 10500 students were given the PSA option.

The PSA was designed for students who are interested in a participating major. A&M Never recommends using the PSA to be admitted to TAMU with the intention of switching to a major you really want. They recommend taking the coursework and making the grades for your intended major and then applying as a standard transfer student, directly to your intended major.
You can still attend a system school, or other institution, but you will have to apply as a regular transfer and go through the competitive process.