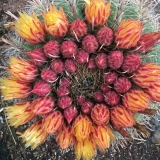 123Mimi 59 replies7 threads Junior Member
April 2018 edited April 2018 in Theater/Drama Majors
Thanks to the parents of current and past students we have a wealth of information on cc about the NYU studio system. At first, I was very confused about NYU but since my daughter’s acceptance and after reading more —we are very excited about NYU and await placement news. I’ll summarize some from the past threads so we can keep discussion going. Thank you all!:

1, STUDIO SYSTEM you get placed in a studio for your professional training. The studio system allows groups of 15 or so cohorts to work together during their training days. And of course, you have your traditional NYU classes on the non-training days. The placement is for the first two years.
@theatreloverca wrote: NYU is really good at choosing the "right" studio for each student. They pay attention to the students background and listen when they interview the students. Sometimes students think they won't like a particular studio and then they fall in love. My d is in Playwrights Horizons and couldn't be happier. They have broadened her Horizons more than I ever thought possible. She has even been able to take classes in choreography which she loves.

2. CONSERVATORY STYLE training and mixed with traditional university courses.
@theatreloverca wrote: My d is in her 3rd year there and I can not say enough good things about their amazing conservatory style training. They are wonderful about choosing the right studio fit for their students. It is unlike taking individual classes at places like Adler in that you are immersed in your studio working with a tight knit group and creating and performing work after work. The opportunities are endless. They have wonderful study abroad theatre opportunities as well and after two years at one studio the students can switch to another studio or go to Stone Street for Film acting. They care about good training and realize that there are many different acting methods and it's a gift that they are able to provide different styles that work for different actors and not try to fit all actors into one method. We have a good friend who is a broadway producer and every time we go back stage and get introduced to the cast my d is introduced as studying at NYU which immediately gets lots of --- "I went there" or "you have to meet so and so she went there." Others from my D's High School have followed in her footsteps and are equally happy at NYU.

@toowonderful: My D also liked that Tisch is such a large part of the university as a whole, whereas in some schools where the conservatory is a tiny element - the rest of the college may not even know it’s there.

@jbtcat I am so happy my D chose it and experienced it. Her training was beyond anything she expected and actually more intense than many of her friends who did choose "conservatory" programs

3. AFTER 2 YEARS you can stay in your studio or try a different one there are auditions for this and sometimes students auditions for more than one.

@toowonderful: NYU offers an opportunity to study at RADA for a Semester. They take 16 kids a semester. Hands-down my kids favorite thing while at NYU.

4. GUARANTEED CASTING WITHIN STUDIO
@toowonderful: There is guaranteed casting at NYU within your studio - but not for what would be considered mainstage productions. Tbh - the idea of “mainstage” has become less and less of a thing as my D has been there. This year they didn’t do ANY normal shows. NYU has essentially decided that their mainstage efforts will be used in creating new works, showcasing new voices etc. It’s a different approach, which they can do because the studios are doing the Shakespeare, Ibsen, Wilder, Shaw, et al.

6. The studio system unfolds:
Adler Parent: @toowonderful
First of all- I believe now the plurality, if not the majority of the studio are actually completely run by NYU. (Hence the shift from Cap21 to NSB for MT). Of the others- I think only Adler, Atlantic, and Strasbourg offer independent classes. It isn’t “outsourcing”- it’s collaboration. I can speak directly to Adler as that was D’s primary studio, the teachers there are VERY much a part of NYU as a whole. The NYU kids are on their own floor of the building - have their own facilities etc, the head of the NYU program is ONLY associated with those kids- not independent Adler. I have always seen it as a bonus - my kid is getting training from working professionals who college graduates pay to study with while in college….I think the single greatest advantage NYU offers is flexibility of intense conservatory training. Because they have various studios a kid has unlimited possibilities. My own kid spent 2.5 years at Adler, a semester studying Shakespeare at RADA (offered via NYU) and a year at Stonestreet film. Her friends have studied in Amsterdam (also an abroad option via Tisch - experimental theater) done Classical theater, spent time in the tech studio to develop skills/interests there, crossed over into the playwrights program - you name it, she knows someone who has done it.
also: NYU's Adler studio, where they start with Shakespeare freshman year- which was an important point for my D, who wanted intense classical training


Playwrights parent: @jbtcat D was in Playwrights also and loved it! She stayed with them for her junior year as well and then did Stonestreet for her senior year. Great experiences!…Her training was beyond anything she expected and actually more intense than many of her friends who did choose "conservatory" programs.