Have I ruined my chances at Oxford? 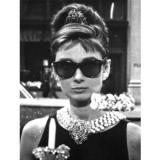 whimsicalwhims 661 replies22 threads Member
July 2018 in United Kingdom
So AP scores came out today, and I feel like I mucked up my chances- I was planning on reading English Language and Literature. My actual SAT score is within range, but for American students, the required scores for any course are either 3 5s on relevant AP subjects or 700+ on relevant SAT subject tests. That’s where I messed up. I got a 5 on the AP English Language and Composition test, but 4s on my other two humanities related tests, AP Art History and AP US History, which I was hoping would fulfill the 3 5s requirement. I also got a 3 in AP Chemistry, but I’ve been told Oxford only looks at the subjects relating to the course, so am not sure how much of a detriment that would be. However, for the SAT Subject Tests, I got 700+ for US History and English Literature, so I am technically fulfilling the requirement, w/ an AP that has a score of 5, and two subject tests with scores above 700. I’m just very confused where this will put me now, considering I just barely fulfill the requirement. Next year, I’ll be taking AP English Literature, AP Comparative Government and Politics, AP US Government and Politics or AP European History (depends on whether my school offers it), and AP Calc and AP Bio, which again aren’t very relevant. I feel like I’ll be predicted 5s for the humanities related subjects at least, I’m a good English/History student, I just became injured this year and didn’t really have time to study properly. So, where do I stand? Do I have no chance? Have I lowered my chances considerably? Or, will everything depend on my ELAT performance (which I feel I’ll do pretty well on, it’s similar to the AP Lang exam). Thanks in advance, extremely sorry for the word vomit, I really didn’t think I’d get these scores.
July 2018
14 replies
0 · Reply · Share

Replies to: Have I ruined my chances at Oxford?