Finding the right college for your unique situation can be challenging. Hear from other students who shared their admissions story. Download our FREE Student Voices - vol. 1, Student Voices - vol. 2, and Student Voices - vol. 3 eBooks NOW!
PARENTS4PARENTS: AfroPuffMom is the mother of two boys, a college junior and a high school junior. She has extensive experience reviewing applications for high-achieving, first-generation students. ASK HER ANYTHING!
Make sure to check out our September Checklist for HS Seniors. Consult these quick resources to get you started on the process this month. 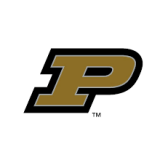