Finding the right college for your unique situation can be challenging. Hear from other students who shared their admissions story. Download our FREE Student Voices - vol. 1, Student Voices - vol. 2, Student Voices - vol. 3, and Student Voices - vol. 4 eBooks NOW!
In an exclusive AMA for College Confidential, Gaelle Pierre-Louis, a former college admissions officer, reveals surprising insights on the elite college application process. ASK HER ANYTHING!
PARENTS4PARENTS: With the deadlines for ED/EA coming up shortly, thumper1 and happymomof1 will be answering questions and sharing their tips on how to build your college list. ASK THEM ANYTHING!
Make sure to check out our October Checklist for HS Seniors. Consult these quick resources to get you started on the process this month. 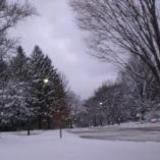 PITTSBURGH -- Pitt receiver Maurice Williams will sit out the season after being declared academically ineligible.

Williams, a former star at Strong Vincent High School in Erie, played in 10 games in 2007, catching five passes for 100 yards and a touchdown.

Williams was expected to be Pitt's top deep threat this season, and his absence will create an opening that could be filled by incoming freshman receiver Jonathan Baldwin of Aliquippa.

Williams plans to remain on Pitt's team and take a redshirt season. He would have three seasons of eligibility remaining.

"We believe Maurice can achieve a lot at Pitt, both academically and athletically, and our expectations are for him to use this as motivation for improvement," Panthers coach Dave Wannstedt said in a statement.

Copyright 2008 by The Associated Press
posted on sports.espn.go.com
June 2008
0 replies
0 · Reply · Share
This discussion has been closed.