Getting a 4.0 in Weeder Classes? 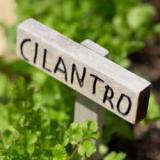 I'm an incoming UW freshman this fall and was wondering about how difficult it would be to get A's in weeder classes like Chem 142 or Biol 180. If I were to take both in one (fall) quarter as well as Stats 220, do you think that would be manageable?

Also, are there ever any issues with space availability for these classes?

Replies to: Getting a 4.0 in Weeder Classes?