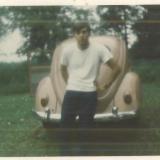 barrons 23087 replies1956 threads Senior Member
May 2011 edited May 2011 in University of Wisconsin
It will cost more for Wisconsin residents to head to Minn universities. To be phased in with Fall 2012 class. I think more kids stay home now. Maybe Minn will offer off-setting scholarships or similar for best students.

On Campus: Changes to tuition reciprocity program would be phased in
May 2011 edited May 2011
7 replies
Post edited by barrons on May 2011
0 · Reply · Share