Sometimes you need another plan 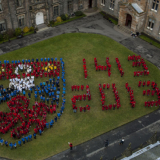 ninakatarina 1619 replies44 threads Senior Member
June 2019 in Admissions Hindsight and Lessons Learned
We had an adventurous, disappointing, then exhilarating college application experience. tl/dr at the bottom if you don't want the full story.

My son had a 3.92 unweighted/5.49 weighted GPA (out of 6, 5th in his class of 400), a handful of AP 4 and 5s, 33 ACT, a deep and active interest in theatre with over 25 productions both at the school and professional. He's a decent writer, I thought he had good essays. Compelling personal story. But then again, I'm his mother, my judgment on his writing skills is obviously biased.

He applied to Yale (EA and then regular after deferral, grandparent legacy), Brown, Wesleyan, Pomona, Swarthmore (aunt legacy), Fordham for acting, Franklin and Marshall, Gettysburg and Arcadia. Denied at Yale, Brown, Wesleyan, Pomona. Waitlisted at Swat. Accepted for academics at Fordham but denied from the acting program. Accepted at F&M without much financial aid. On the good side, he was offered very good merit money from Gettysburg and Arcadia.

The list had too many reaches and not enough safeties. That's pretty clear to me now.

He was extremely depressed after Ivy Day. But we went to accepted students' day and deposited at Gettysburg and he started learning to like the school and environments. He started registering for classes and discovered that everything he wanted to take was at the same time of day, or was an upper level class with prerequisites that he couldn't take for a couple of years. And he hated the choices for science and math classes that he was going to have to fit in somehow over the next four years.

However, on Ivy Day when he was so disappointed, we found a list of 'colleges still accepting applications'. In the middle of his depression he decided to throw one last Hail Mary pass and he put in an application to St. Andrews of Scotland. Dashed off the essay in half an hour, didn't give it to anyone for a second reading.

Many times during the next 8 weeks I regretted that decision. Instead of having no other choices and setting his whole heart to be happy about Gettysburg he still had that 'what if' hanging over him. As time went on I was sure the answer would be a no and that he would go through the Ivy Day depression all over again.

Last day of classes passed, still in limbo. Graduation day dawned. I was working from home and letting the kiddo sleep in (he stayed up late gaming). I heard a thumping up the stairs. Oh, great, what's broken now, I thought.

He got in to St. Andrews.

We've never been. But that's where he's going for the next four years.

I think he would have been happy at Gettysburg eventually. He was disappointed in his first set of classes, sure, but he would have adapted, he would have made solid friends and a rock star 4 years.

But this opportunity has all of us so excited. He's excited about trying out classes, half of the course catalogue is intensely interesting. He's excited about learning new accents. We are excited about the possibility of travel and the ways in which he will be challenged and grow. St. Andrews just passed Oxford to land second on the Guardian's list of best colleges in the UK (watch out, Cambridge).

tl;dr lessons learned - read the course catalogue for everywhere you apply and make sure they have enough classes in the majors that interest you. Don't overload your list with reaches and super-reaches, a big slug of rejections can be emotionally traumatic. However, if you don't like your first set of choices look around for other options. There are downsides to late applications. It can prolong the agony of indecision and you may not have the happy ending that we had. But Hail Mary passes and last second three point shots do land sometimes.
June 2019
16 replies
31 · Reply · Share

Replies to: Sometimes you need another plan