Help me choose between UMiami and Rensselaer for Architecture 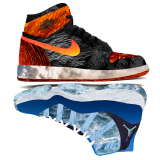 Nandhathebeast 0 replies1 threads New Member
April 2019 in Architecture Major
Hi, I'm a senior that's in the process of choosing a school for architecture. The decision date is coming up soon and I have narrowed my choices down to 2 schools. UMiami and Rensselaer. I got a full tuition scholarship from UMiami (50k/year) and 28k/year from Rensselaer. The money isn't too important, I want the best education possible that will set me up to be successful. I also want to grow as a person so I want to go somewhere with a bit of freedom. Here's my analysis of each factor at school after attending each of their architecture tours:

UM wins, but Rensselaer is not that expensive

UM wins. UM is near Miami which is a fun place to go to college and Rensselaer is in Troy, NY which is the opposite. I'm from the Northeast so I can withstand Rensselaer's cold weather if needed.

Rensselaer. Both have good facilities and are committed to spending money to better their facilities, but I would say Rensselaer at the moment is more technologically advanced.

Rensselaer wins. They cover a lot of abstract and creative ways of thinking that I admire, but I still question the practicality of a lot of their work. They also seem very computer focused whereas UM has more drawing and hand model making. UM is definitely behind imo, as the freshman student work from Rensselaer was a bit more impressive than UM's.

UM by far. Rensselaer seemed fairly depressing and while the student body was nice, they seemed contained in their respective areas. I'm not a jock by any means, but watching sports is a huge part of my life(if u lurk my profile u'll see) and I've always wanted to support a college sports team. UM gives me that opportunity to have a more normal college life that will be more enjoyable than Rensselaer.

Rensselaer wins (based on what I've gathered). Rensselaer seemed to really push that they're very well known in the world of architecture, which is why I'm here to confirm that. UMiami is a bit more of a rising school, not as good of a reputation.

Tie. Both are similar in terms of actually getting students to get jobs. Both encourage internships and have job fairs, but neither put you into a firm.

In conclusion, I'm pretty torn between these two schools. My parents want me to go to the closer and higher ranked Rensselaer, while the teen in me is leaning towards UM. Please give any advice on what I should do because I'm pretty lost right now.
April 2019
2 replies
0 · Reply · Share

Replies to: Help me choose between UMiami and Rensselaer for Architecture