Declining Admission, When do you do it? 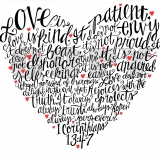 Sarrip 464 replies22 threads Member
January 18 in College Admissions
When DS09 was making decisions regarding which of his accepted colleges he was going to attend, we pretty much made decisions as they came in. I remember that the first was a full ride and I was attempted to sign on the dotted line at that point. but didn't. The next came and and he decided that he would prefer the full ride so we declined the other pretty quickly also thinking that that it was not fair to hold on to it if we knew that he was not going to attend. In the end he did not go with the free ride but with a school that met full need and gave a great package. Now with DD20, we have not really received any offers yet that we prefer above others, however, if the last EA expected on Feb 1 is received favorably it will probably knock many others off the list. Just curious as to whether people wait until April 30th, perhaps to review all packages/offers or as the offers come in.
January 18
10 replies
0 · Reply · Share

Replies to: Declining Admission, When do you do it?