SATs and ACTs- How do colleges see them as? 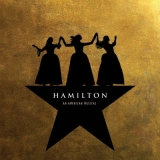 penngirlpending 529 replies75 threads Member
February 2014 in SAT and ACT Tests & Test Preparation
I know colleges require students to write in the bar code for the specific college to send them to.
So if you took SATs 3 times, do they look at each one, the first, or 2nd, or 3rd?
What if you did poorly on the first but 2300 on the 3rd? Would they not take you in because of the first SAT?

Replies to: SATs and ACTs- How do colleges see them as?