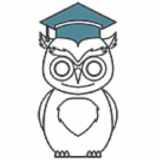 As part of Playbill.com's Back to School week (#BwayBacktoSchool), we have combined our past Schools of the Stars features that track where major members of the cast and creative team on each Broadway show went to college, along with a bit of added research, to present the top 10 colleges currently represented on Broadway (plus honorable mentions).

We have also included a few performers from shows that will be opening during the upcoming season.