Join us for a LIVE webinar Friday, April 3 at 3pm ET to hear from admission officers on how COVID-19 is impacting admissions at schools. REGISTER NOW and let us know what questions you have and want answered.
As schools continue to announce their decisions, we put together the Class of 2024 RD Discussions Directory. Connect with fellow applicants NOW! 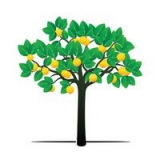 Lemonlee 101 replies7 threads Junior Member
August 2018 in Class of 20xx Community
Starting a new thread for Parents of the HS class of 2020 with kids that have slightly lower GPAs as I think our experience will be a bit different from many of the other high stats kids in CC aiming for elite colleges. Hoping we can be a source of support to each as we go through this journey!
August 2018
810 replies
4 · Reply · Share
«1234567…41»