Caught with beer by RA 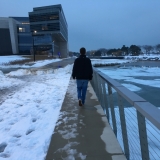 Last night, I had a few guys over in my dorm at USC before the game and we were quietly drinking a few light beers. I had invited a few other kids in my residence hall to stop by earlier that week and they told a lot of their friends. Before I knew it, 15ish people were in my room drinking beer and playing beer pong. Someone propped the door open though, so my RA came in and made us dump it, took our names, took pictures as evidence, and said we will be contacted soon by the residential college coordinator. My RA said it was an “excessive” amount of alcohol which was honestly ridiculous as all I had was a 12 pack of light beer. It probably looked bad as we had a lot of hardly filled cups because of beer pong. I also had NO hard liquor or marijuana in the room.

I got the beer from my house in San Diego and brought it up. No one else who got caught drinking knows where it came from. As long as I tell them the truth, nothing catastrophic will happen to me, right? I doubt they’ll take away my scholarship, but I’m a little worried about my student government position and my overall relationship with my RA. Any advice for what to tell the residential college coordinator and my RA?

I know a lot of you on this site would say I should be kicked out of the school or I should lose my scholarship but I believe what I did was relatively harmless and the RA overreacted. This is college after all, at least we weren’t binge drinking on frat row.
September 2018
22 replies
0 · Reply · Share
«12»

Replies to: Caught with beer by RA