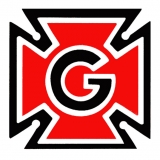 kalons 625 replies21 threads Member
November 2018 edited December 2018 in Grinnell College
hi there! with discover grinnell coming up very, very soon (this sunday!), i figured it would be cool if i started a little “ask a current student” thread for parents (or students) who can’t come.

in the same spirit, any current grinnell college student who uses this website may chime in with any of their own explanations/experiences.

i’ll try to answer and alleviate any question(s)/concern(s) you all have to the best of my ability.


MODERATOR'S NOTE: Anyone is free to ask or answer questions in this thread.