Is SAT 25th or 75th percentile a better indicator of how much schools care about the SAT (or ACT)? 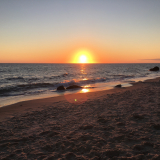 Jedelm23 99 replies14 threads Junior Member
March 2019 in College Admissions
I was looking at the average SAT scores for schools, and I noticed some interesting things. For one, the University of Michigan has the same SAT scores as Princeton (1380-1540), even though Princeton is much more competitive. Also, Yale's 75th percentile is 1600, the only school with a quarter of students achieving perfect scores. Harvard's 25 percentile (1470) is a full 80 points higher than Stanford's (1390). So, as a baseline for how much schools value standardized testing, is the 25th or 75th percentile a better indicator, or are they even good indicators at all?
March 2019
44 replies
0 · Reply · Share
«123»

Replies to: Is SAT 25th or 75th percentile a better indicator of how much schools care about the SAT (or ACT)?