How to Get Into Stanford....By Someone Who Didn't 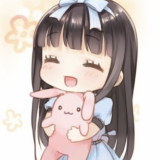 I wanted to go to Stanford since I was eleven years old. Since the day I set foot on Stanford's campus, I studied my butt off in high school, did what I was passionate about, wrote and edited my Stanford essays years before I even applied, did killer extracurricular activities, and burned myself getting good standardized test scores. I read every blog possible and watched every YouTube video about how to get into Stanford. I was confident I would also get in, but not too confident, because I knew the acceptance rate.

I never really thought about getting a rejection letter.

For years, I compiled my thoughts about applying to Stanford into several Google Docs. After my rejection, I've been reviewing what worked, what didn't, and how I would've changed my application to get in. I'm a lot wiser now, a lot more aware about the things I should've done, and less blind to what accepted Stanford students told me I needed to do.

I knew this even while applying, but for some applicants it really hasn't hit them yet. Tests don't matter. Nor do they in life. As long as you have 700+s in each section of the SAT, or subject SAT, you're fine. If you have high 600s, you'll be okay if you're low-income or a minority (black, hispanic, or an underrepresented Asian like Vietnamese). You'll notice that accepted students on the internet who post "Got Into Stanford With Low _____" are a minority. And that's OK. Stanford and schools in general need diversity, and historically minorities have been oppressed so they can't pay to get top-notch levels of education or retake SATs to get higher scores. But I'm speaking the truth and the reality: you need above 700s if you're not a minority to be accepted. Very, very, very rare circumstances may be otherwise.

If you're wondering what my scores were, you really shouldn't be concerned. Because again, all were above 700s. But, for those who care a bit too much: 1520 SAT (770M/750R), 780 Molecular Biology. On my application, I wrote that my race was White (Middle Eastern). If you were rejected and all your scores were above 700s, then you were rejected for a reason other than your scores…
February 2019 edited July 9
28 replies
Post edited by CCAdmin_Vic on July 9
Tagged:
4 · Reply · Share
«12»

Replies to: How to Get Into Stanford....By Someone Who Didn't