Who ‘Deserves’ to Go to Harvard 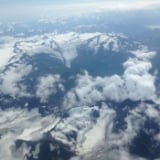 It’s college graduation season, when high-profile commencement speakers are scrutinized as barometers of academia’s ideological leanings. A speech by Harvard College’s dean this year suggests you learn more when a school bureaucrat articulates the worldview that shapes campus culture than when a celebrity jets in, collects an honorarium and leaves.

Replies to: Who ‘Deserves’ to Go to Harvard